We are currently in the midst of the greatest epidemic sickness known to humanity. Like a fish in water who doesn’t recognize water because it is everywhere, both outside and within the fish itself, many of us don’t realize the collective insanity in our midst, as our madness is so pervasive that it has become normalized. We have become conditioned to accept as normal the fact that we are in an endless war, and innumerable of our brothers and sisters all over the planet are impoverished and dying of starvation every day. It is important to realize that in a psychic epidemic, the majority of people can appear entirely “normal.”

The fact that the underlying psychic roots of the collective psychosis are not even part of our planetary dialogue is itself a telling expression of the depth of the unconsciousness induced by this psychic epidemic. That the mental health community, which should be concerned with psychic hygiene (both personal and collective), is not even addressing the issue of a rampant collective psychosis is a clear indication that the mental health community is itself embedded in and hence infected with the very psychic epidemic it should be studying. By not recognizing the nature of wetiko disease, the mental health community has become its unwitting agents, helping the disease to propagate. What clearer sign do we need of a psychic epidemic than when our mental health system itself, whose job it is to study, monitor, and deal with such phenomena, not only doesn’t recognize that there is a collective psychosis running rampant in our society, but is itself infected with it? Ultimately speaking, it’s not a question of integrating wetiko disease into the existing diagnostic manual, but rather, of radically expanding, up-leveling, and re-visioning our understanding of the nature of both health and illness relative to each other.

Our collective madness has become transparent to us, as we see and interpret the world through it, rendering our madness invisible, thereby unwittingly colluding with the collective psychosis while it wreaks incredible death and destruction on our planet. Being “transparent,” our madness is beyond its mere appearance, which is to say, “beyond being apparent” that is, not visible. Our collective psychosis is invisible to us, as it manifests itself both in the very way we are looking and in the unspoken ways we have been conditioned to not perceive. Due to its cloak of invisibility, we don’t see our madness, a psychic blindness which renders us complicit in the creation of our own madness. This complicity is potentially empowering news, however, since it also signals that we are indeed co-creators of our own reality, and not helpless victims.

Wetiko psychosis is highly contagious, spreading through the channel of our shared unconsciousness. Its vectors of infection and propagation do not travel like a physical pathogen, however. This fluidly moving, nomadically wandering bug reciprocally reinforces and feeds off and into each of our unconscious blind spots, which is how it non-locally propagates itself throughout the field. In wetiko there is a code or logic which affects/infects awareness in a way analogous to how the DNA in a virus passes into and infects a cell. Forbes concludes that “the wetiko disease, the sickness of exploitation, has been spreading as a contagion for the past several thousand years. And as a contagion unchecked by most vaccines, it tends to become worse rather than better with time. More and more people catch it, in more and more places, and they become the true teachers of the young.”

Wetiko culture gets taught both at home and in “the academy”, where people become certified in the ways of its world, and are thus accredited and empowered to spread its corrupting ways on ever grander scales with ever vaster and more devastating consequences. Frighteningly, the wetiko psychosis is becoming ever more institutionalized and incorporated into our corporate culture and its way of thinking.

People who are channeling the vibratory frequency of wetiko align with each other through psychic resonance to reinforce their unspoken shared agreement so as to uphold their deranged view of reality. Once unconscious content takes possession of certain individuals, it irresistibly draws them together by mutual attraction and knits them into groups tied together by their shared madness that can easily swell into an avalanche of insanity. A psychic epidemic is a closed system, which is to say that it is insular and not open to any new information or informing influences from the outside world which contradict its fixed, limited, and limiting perspective.

In a co-dependent, self-perpetuating feedback loop, any reflection that is offered from others, rather than being reflected upon, utilized, and integrated in a way that supports the growth and evolution of the system, is perversely misinterpreted to support the agreed-upon delusion binding the collective psychosis together. Anyone challenging this shared reality is seen as a threat and demonized. An impenetrable field, like a protective bubble, is collectively conjured up around their shared psychosis that literally resists consciousness and perpetuates the spell-like trance of those in its thrall. There is no talking rationally, using logic or facts, with someone under the spell of the psychic epidemic, as their ability to reason and to use discernment has been disabled and distorted in service to the psychic pathogen which they carry.

When a group of people are in agreement about anything, whether it is true or not, their alignment with each other exerts a contagious, magnetic field of force which can sway the unaware and attract them into itself. We are on guard, even paranoid, regarding contagious diseases of the body, but we are woefully asleep and unconcerned about, and hence more susceptible to, catching the more dangerous collective diseases of the mind, which are reaching pandemic proportions in our world today.

People taken over by the wetiko virus usually don’t suspect a thing about how they have been “conned,” or more accurately, how they have conned themselves. The wetiko culture offers no incentive for them to self-reflectingly speculate upon their increasingly depraved condition; on the contrary, the nonlocal field configures itself to enable, further cultivate, and deepen their psychosis. When someone is a full-blown, unrecognized wetiko, the field around them torques so as to protect, collude with, and feed into their psychosis in a way that entrances those around them. Similar to how an octopus squirts ink in order to hide, a psychic field gets conjured up around full-blown wetikos which obfuscates their malfeasance. Once under the wetiko spell, people lose the capacity to recognize the wetiko pathology in others. In a situation of “group narcissism,” wetikos at different stages of the disease assume particular postures and roles relative to each other that protect and shield themselves from their own insanity and darkness. They feed and reinforce each other’s narcissism because it enhances their own.

People or groups who have fallen asleep and are under the thrall of the psychic epidemic are then “unconsciously” dreaming, that is, acting out their unconscious in fully embodied form, in contrast to being awake. The type of person ripe for falling prey to the wetiko infection is usually one whose strings are pulled and manipulated by others, who follows a life path dictated by others and is unaccustomed to think for themselves. Not in touch with their inner guidance, they project authority outside of themselves and become very suggestible to the agreed-upon consensus opinion of the dominant pack. When we give away our power, there is always someone bearing the authority of “the State” who is more than happy to accept our offering, feeding the insatiable will-to-power of the shadow, which becomes collectively mobilized.

Masses are veritable breeding grounds for psychic epidemics. Though using individuals as its instruments, evil needs the unconscious masses for its genesis and proliferation on the world stage. In a collective psychosis, people literally stop thinking for themselves and let others think for them, like sheep (or “sheeple”) who just follow wherever they are being led, even if it’s off the nearest cliff. Losing touch with their own discernment and ability for critical thinking, the “mass man” becomes part of the mindless herd and falls prey to “group-think,” whose members co-dependently enable each other to uphold their shared version of the wetiko world.

Once the office of “perception management,” largely through the corporate mainstream media, convinces a critical mass of people of a particular viewpoint, there is a consensus or agreement that is reached among the masses as to what is objectively true. The agreed-upon version of reality takes on a weight and momentum of its own and thereby becomes the established dogma of what is collectively imagined to be really happening. Like a religious truth, it is irrationally believed like an act of faith by its card-carrying members, even if overwhelming evidence points to the contrary.

Anyone who doesn’t buy into the arbitrarily established story is marginalized and demonized, and called either crazy, a conspiracy theorist, or even a terrorist (“You’re either with us or you’re with the enemy”). Such a group consensus about the nature of reality gets increasingly hard to sustain as time passes, however, as, like a house of cards ready to collapse at any moment, its vision of the world is based on the fundamental error of not being true. Strangely enough, people under the collective enchantment of wetiko become fanatically attached to supporting an agenda that oftentimes is diametrically opposed to serving then own best interests. This is an outer behavioral reflection of the inner state of being under the sway of the self-destructive wetiko parasite.

Speaking about the rapidly spreading wetiko contagion, Forbes writes, “It is spread by the wetikos themselves as they recruit or corrupt others. It is spread today by history books, television, military training programs, police training programs, comic books, pornographic magazines, films, right-wing/left-wing movements, fanatics of various kinds, high-pressure missionary groups, and numerous governments.” All of the mainstream, culturally sanctioned, corporatized institutions are in the business of indoctrination, telling us what to think and not think, as well as how to think. Our mind is continually being massaged into shape by the prevailing culture, our true face lifted as our spiritual pockets are picked.

Our civilization has become the mouthpiece for the propaganda organ of the disease, entrancing us to “buy” into its viewpoint as we are bled to death of what really counts. The culture (sic) that informs and forms around wetiko illness is itself a channel of its transmission and growth. If we sign on the dotted line and subscribe to its viewpoint, its life-denying culture will gradually subsume us into itself, enlisting us as its agents who unwitingly do its bidding. This is how the ever-expanding, self-generating psychic empire of collective psychosis works, as it increasingly takes over and approaches “full-employment.”

We are truly in a war. It is not the war we imagine we are in, which is the way our true adversaries want it. It is ultimately and actually not a foreign war against a foreign enemy. It is a war on consciousness, a war on our own minds.

– from “Dispelling Wetiko – Breaking the Curse of Evil” by Paul Levy 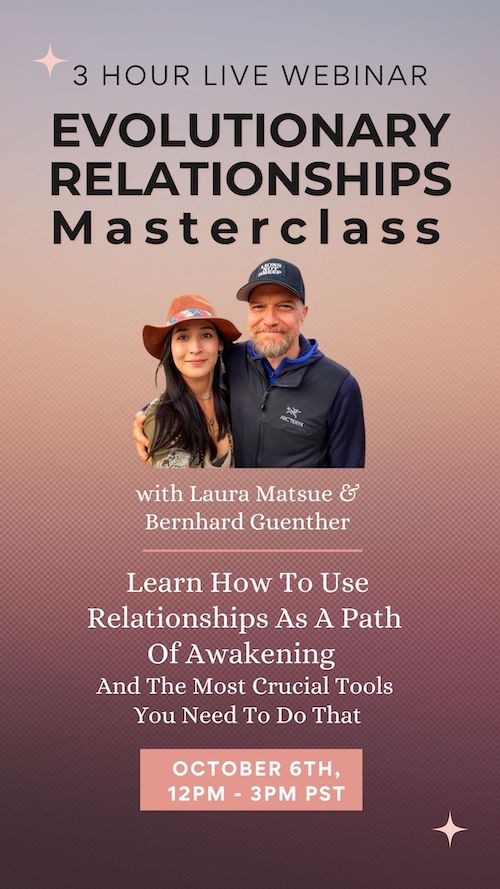