Nine Years Later – 9/11 And The Shift in Consciousness 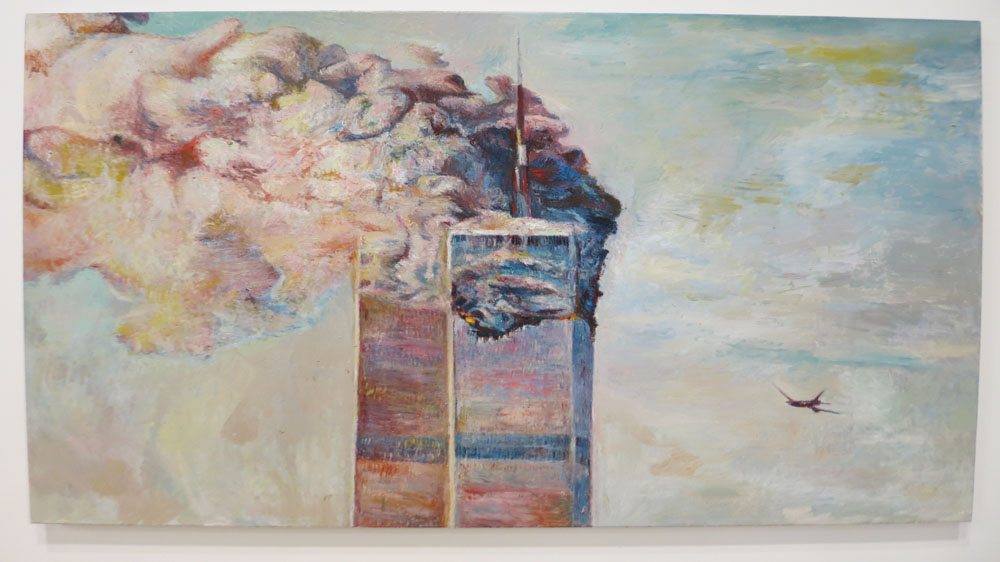 Nine Years Later – 9/11 And The Shift in Consciousness

It’s been nine years since 9/11. Millions of people, civilians and soldiers have died world wide in the following war on terror. The American people have lost basic rights due to the Patriot Act. In Europe and other countries, similar “security measures” have been implemented. Anyone who has been on an international flight has experienced some of it first hand. Trillions of Dollars are spent on the war on terror, while millions of people have lost their jobs and homes as the economy is disintegrating worldwide. The emperor is naked and there is an elephant in the living room, but to this day the official story of 9/11 has not been significantly challenged publicly.

I find it interesting how people in this day and age talk about a “shift in consciousness” or “awakening” into a “New Age” while after 9 years the biggest lie is still in place. Especially Liberals and people who themselves believe to be “aware” and “conscious”, yet they vote for Obama and dare not to question 9/11 or man-made “Global Warming”. I think most people simply don’t want the truth, for the truth is a tricky thing. It’s a can of worms most people are not willing to open, as it will challenge their beliefs and ideals on a core level. Hence, they rather defend/ignore the lie and the lies they tell themselves.

The furthest most people go in regards to 9/11 is that “Bush let it happen” à la Michael Moore, but to realize, by looking into it deeper, that it was actually an Inside Job leading to Israel and not “Islamic Extremists” is still too far out for most people. It’s a touchy subject, because it’ll require them to question much of what they ever thought to be true about this country and the world in general. 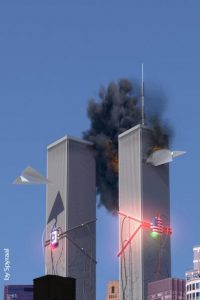 Then of course some people don’t care much about the world “out there”, but believe that just by doing yoga, eating raw, recycling, planting veggies, focusing on the Self and having a “positive” attitude all will be well and we “create our reality” that way as we enter the “Golden Age”. Obviously we do need to take care of our health, earth and ourselves, but a true “Shift in Consciousness” and “Awakening” entails much more. A big part of it is to make the “darkness” conscious within AND without, striving for objective truth, even if it doesn’t fit our current beliefs and worldview.

A “shift in consciousness” and “awakening” implies a higher state of awareness, which means to become more aware or it all, which implies again to see the world and oneself more objectively, without blinders on. This doesn’t happen by itself, but requires sincere effort and work to separate truth from lies, within and without. This is not a walk in the park, but it is the work required during this “Time of Transition”. The more we do this together and network, the better for all of us and the “easier” it’ll essentially be through the created synergy. In other words, the more people SEE the world as it IS, the more likely we will create a reality based on Truth and Love.

But ignoring it and hiding in our bubble isn’t going to get rid of this huge elephant in the middle of the living room. Nor will it happen by thinking “positive” thoughts, “meditating” on peace or “visualizing” it away. Just like with honest and sincere self-work, where we need to look at the lies and dishonesties we’re telling ourselves, we also need to confront the lies and pathologies in the world if we truly want to become better people and live in a better world.

As far as I see it, humanity hasn’t even graduated Kindergarten yet, although many people believe themselves to be adults already, dreaming to be awake, yet still asleep. However, we can change the world in a blink of an eye if we’d get out of our comfort zone and sincerely seek truth, network and deprogram ourselves from the lies of “Official Culture”.

The 9th anniversary of 9/11 is here, a lie that has shaped the world in ways that affect EVERYONE. Being silent about it at this point is equivalent of complicity in one of the biggest crimes in history.

What will you do?

We all are responsible of the outcome in this “Time of Transition” and 9/11 is a collective lesson that can’t be ignored much longer. If we truly want to bring peace and love to this world, then we need to start by looking at the world as it IS, not as we like, assume or hope it to be. Building community and striving for self-sustainable solutions are steps in the right direction, but if we don’t pay attention to what is happening around us and stand up for truth, it’ll all backfire eventually, simply because everything IS connected. No matter how well-meaning our intention is, as long as we support lies by mistaking them for truth or by not speaking out against them, we’ll keep feeding entropy and the suffering in the world. During this “Time of Transition” we don’t get to move on until the lessons are learned. This is an opportunity and it’s all up to each one of us. Let’s not miss it.

In the end, we return to the question, just how much do you love truth? Do you really love truth or are you just curious? Do you love it enough to rebuild your understanding to conform to a reality that doesn’t fit your current beliefs, and doesn’t feel 120{7462fd5d987b5b45f145d4c829bd68725759e65e7695f1e074740579327beb1f} happy? Do you love truth enough to continue seeking even when it hurts, when it reveals aspects of yourself (or human society, or the universe) that are shocking, complex and disturbing, or humbling, glorious and amazing – or even, when truth is far beyond human mind itself? Just how much do we love truth? It’s a good question to ask ourselves, I think.
– Scott Mandelker

One does not become enlightened by imagining figures of light, but by making the darkness conscious.
– Carl G. Jung