Donald Trump and the Shadow of America 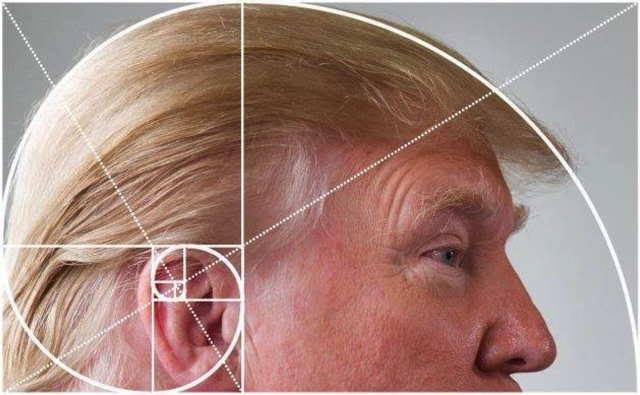 Donald Trump and the Shadow of America

[Note: This is an article I wrote for Collective Evolution: A COMPLETELY DIFFERENT PERSPECTIVE ON TRUMP’S PRESIDENCY. THIS WILL MAKE YOU THINK ]

Considering the hype around the latest celebrity statement about Trump by Meryl Streep and the upcoming ritual to put “the man” into “power” officially (which will most likely result in protests by moral, upstanding patriotic citizens), I thought to repost what I wrote  right after the election (trigger warning!).

Here’s the thing from a basic Jungian perspective: Trump is your shadow, America, a reflection of your unconscious, especially concerning people who identify themselves as Leftist, Liberals, and Progressives, their own shadow which they never deeply acknowledged, and hence project outwardly at the “other side” in their “holier than thou” political correct attitude, over-estimating themselves and dreaming to be awake.

The self-inflation, narcissism, greed, the “bigger is more,” the “quantity over quality,” the entitlement, the hypocrisy, the drive for recognition and fame, the “best” in the world, the bully, the “money can buy everything,” the racism and sexism, etc…..or anything else you despise in the man….it’s all you, buried in your unconscious. It’s also the shadow side of the “American Dream” and obviously reflected in America’s Imperialism.

Anyone who identifies him/herself as “Liberal,” “Progressive,” “Leftist,” and projects disgust, hate, or anger on to this man, (really anyone who is triggered/irritated by Trump beyond political identifications), or reacts with fear, sadness, worry: you are looking at your own shadow and it won’t go away if you keep up with these reactive projections and look for external solutions or a different “leader” to follow or project your “hope” onto while still believing in the religion of government (which feeds off of the polarization and perpetuates separation consciousness) based on illusory tribal/national identification and adherence to/worship external authority constructs.

Moreover, nothing will change but will in fact reinforce the schism as long as you keep identifying with any side because it defines the other side. One cannot have the one without the other as long as you feed and play into this game of fabricated false duality which is exactly how Empire controls you – all entirely based on illusory socially/cultural conditioned identifications and beliefs which you are so attached to and define yourself by. It’s the basis for population control and social engineering, reinforcing the Stockholm Syndrome and “invisible” slavery/prison out of your own “free will.”

But here’s the real “shocker.” Trump is actually your “teacher,” for he creates more friction and shadow triggers, hence more potential to wake people up from an esoteric alchemical perspective (Clinton would have been the sleeping pill for most people, even though she’s the more dangerous psychopath, hidden behind the mask of a “woman”), but only if people take back their projections and engage in some serious and sincere soul searching cutting through their programed socially/cultural conditioned identifications to ignite the alchemical fire within.

Any negative reactive emotion you have towards the “man” (including his silly tweets) or his supporters is a sign of giving away your power and life energy (literally). It shows you where you work is when it comes to basic Jungian psychology of shadow work until you can come to a place of non-reactive zero-point consciousness rising above fabricated duality and tuned into your true inner power and guidance, connected to Spirit and the wholeness of nature: a sovereign embodied Individual.

If you do that sincerely and go deep, you will finally stop believing in and supporting this religion of government (that was never, ever in place for the people and never, ever can give you true freedom), and realize that it was never about Trump, Clinton, Sanders or any other authority statist puppet to begin with, stop this silly idea of “voting for change” and fragmented mechanical/programmed search for “external solutions” and “leaders, worship of authority and then really, really question everything you believe in and have been told/taught, and most of all drop and let go of your identification, which just feeds the polarization. This the path towards a true shift and evolution of consciousness. Anything else is just going in circles, re-arranging the furniture and tapestry of your prison cell (you are not aware of), instead of breaking out of it.

And that is not a comfortable (internal) process at all for it entails utter disillusionment and taking full responsibility without blame and externalizing. Nobody can do it for you and nobody is going to save you. It takes tremendous humility and sincere self-honesty facing the lies within, which make up your conditioned personality, which is not who YOU truly ARE but mistake for you real Self. It’s much easier to project outwardly, protest, look for the next leader and keep up with the futile idea of fragmented “activism,” new “systems” and “external solutions,” all based on the fragmented male aspect of consciousness (your inner unconscious tyrant projected on Trump) removed from the wholeness of the feminine aspect of consciousness (nothing to do with gender) that is tuned into the wholeness of nature.

In the end, America got the president it “deserved” and when you act like slaves, looking for a leader/savior to follow, you get masters…and always will, as long as you support and believe in the religion of government, regardless what system is implemented. Also “democracy” seems like such a good idea until you don’t get your way, right? (oh, I forgot, it was the Russians messing with the election…right, of course….whoever you want to blame and keeps you from looking deeply within into your own shadow).

That’s just on the surface 3D level. From a hyperdimensional perspective, all the anger and disgust, anything projected on the “man,” the polarization, protests, revolts, hypocritical speeches of statist celebrities about “empathy,” “equality,” and “protecting truth,” engaging in this unconscious shadow dance and reacting mechanically (and programmed) is exactly what the occult Matrix overlords and Empire want you to do and feed upon. In fact, that frequency is all they are after for it strengthens your slavery and sustains them, no matter what puppet they put in place for you to identify with or project anger on. It’s the old game of divide and conquer…and the Matrix has you.

“Everything that irritates us about others can lead us to an understanding of ourselves. There is no coming to consciousness without pain. People will do anything, no matter how absurd, in order to avoid facing their own Soul. Everyone carries a Shadow, and the less it is embodied in the individual’s conscious life, the blacker and denser it is. When an inner situation is not made conscious, it appears outside as fate.”

“At every turn, the synthetic culture of Empire implores us to throw our hearts and minds into unconscious polarization. It wants us to radicalize ourselves to either patriot or terrorist, believer or atheist, white or black, liberal or conservative, strong or weak, and then embark on an endless crusade to reform, condemn, or destroy the other side. This one-way polarization renders all participants impotent, regardless of which side they pick. This subtle but devastating trick deactivates our will and we automatically forfeit our capacity to rule ourselves. Lost in unconscious polarization, we serve Empire.

Mass culture is a control mechanism that devalues the individual. It is aimed solely at promoting collectivism. It seeks to enforce the dependence of the individual human on a collective group and the priority of group ideologies over individual life paths. It is, at the base level, the very heart of socialism, communism, fascism and totalitarianism. It employs nationalistic impulses to setup polarities of antagonism that exclusively benefits a set of ruling elites. At the top level, the elites fully comprehend that there are no distinct nations, ideologies or cultural imperatives to speak of. To them, there is only power and no power.”

“[Look] at what happened in 1914 – or for that matter at all that is and has been happening in human history – the eye of the Yogin sees not only the outward events and persons and causes, but the enormous forces which precipitate them into action. If the men who fought were instruments in the hands of rulers and financiers, these in turn were mere puppets in the clutch of those hidden [hyperdimensional] forces.

When one is habituated to see the things behind, one is no longer prone to be touched by the outward aspects – or to expect any remedy from political, institutional or social changes; the only way out is through the descent of an [embodied] consciousness which is not the puppet of these forces but is greater than they are.”