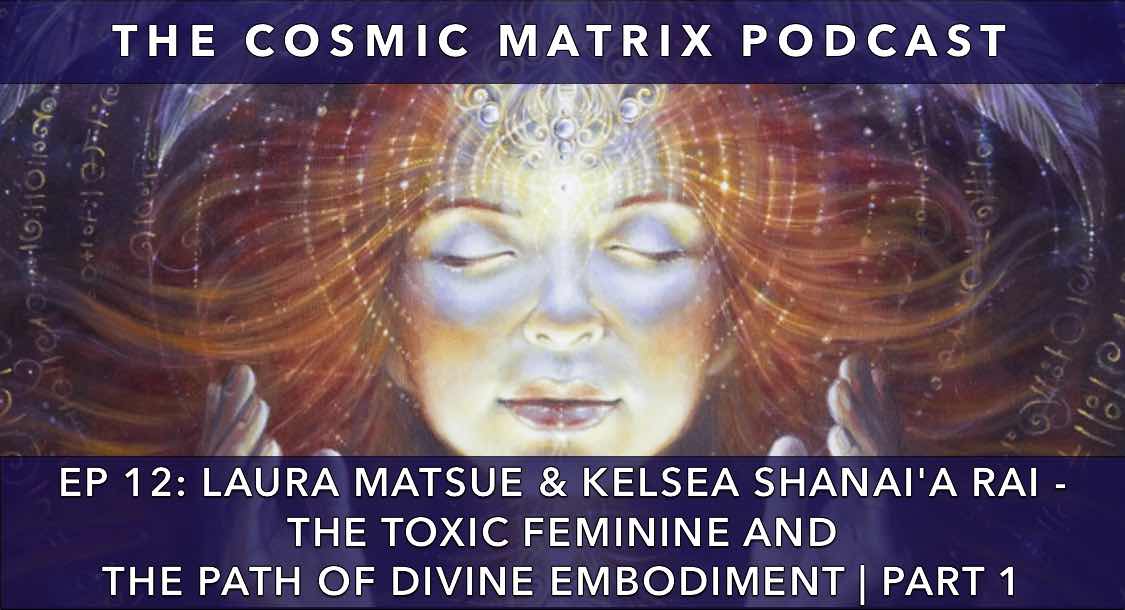 In this special episode of the Cosmic Matrix podcast, Laura Matsue and Kelsea Shanai’a Rai talk about the Heroine’s journey of turning the toxic feminine into divine embodiment and introduce a new course they are offering to women that takes them through this journey. They discuss their own experiences of sexual trauma and the occult history of the feminine “priestess” and how it relates to a toxic feminine template conditioned by Matrix programming. They share traits of the toxic feminine, how it relates to disconnection from our bodies, the hijacking of creative energy/spiritual power/womb, how trauma and abuse has affected us collectively, princess programming, Disney, Pedophilia, MKUltra programming, the occult history of the goddess, the mother wound, divine embodiment, the importance of gathering in community and much more.

For more info about the course and to register go here: Birthing the New Feminine: An 8-week Online Transformational Course for Women  (Program Begins August 20th, 2019)