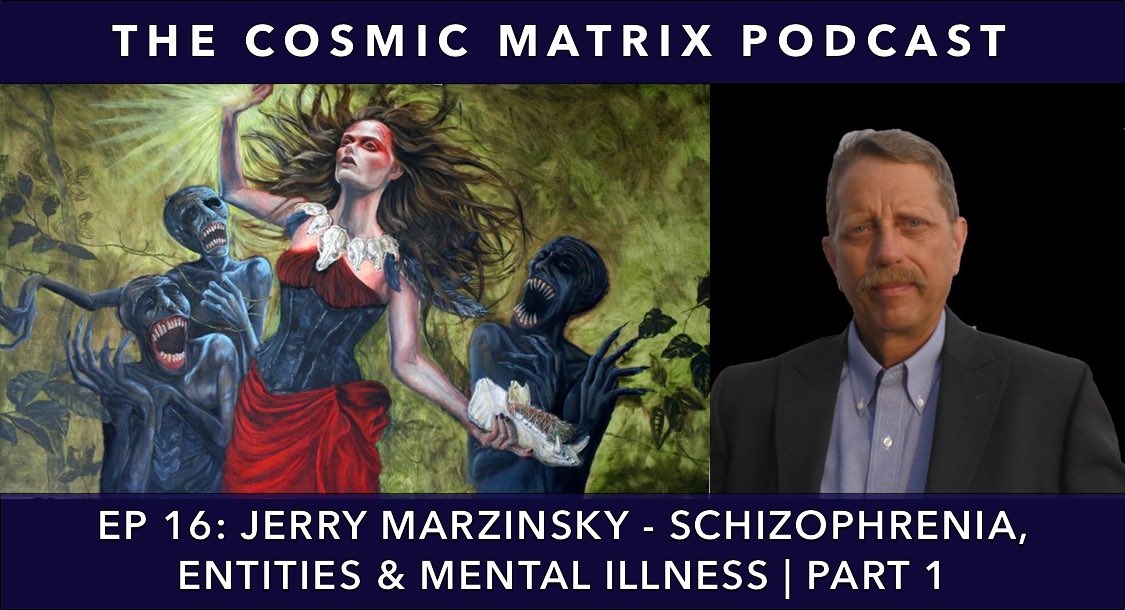 Jerry Marzinsky joins Bernhard Guenther to share about his discoveries practicing as a psychotherapist in mental hospitals and state prisons on this episode of the Cosmic Matrix podcast. Working with schizophrenia and other patients in psychiatry, Jerry started to question the psychiatric medical authorities and their view on and treatment/diagnosis of “mental illness.” Working with hundreds of schizophrenic patients one-on-one he realized that the “voices” in their heads were not hallucinations, nor is schizophrenia caused by a chemical imbalance in the brain but are related to entity attachments and interferences.

Jerry talks about the history of psychiatric treatments up to the modern use of pharmaceutical drugs and the resistance of the psychiatric authorities that he encountered doing his work – who tried to shut his research down. He shares his findings, treatments, and paranormal experiences as he came closer to the “topic of all topics.” Furthermore, Jerry talks about how we all are affected by these entities working through our minds via thought injections, how it is affecting the world at large, how we can protect ourselves, and much more.

Jerry Marzinsky is a licensed psychotherapist with over 35 years of experience working with schizophrenic and other psychiatric patients in state hospitals, state prisons, and hospital emergency rooms. His formal academic training comprises a B.A. in Psychology from Temple University, a Master’s Degree in Counseling from the University of Georgia, and two years of study in a Ph.D. Psychology program. Website: www.jerrymarzinsky.com – Facebook Page: Engineering Sanity

In Part 2 (only for members – longer than part 1) we’ll be going deeper into: