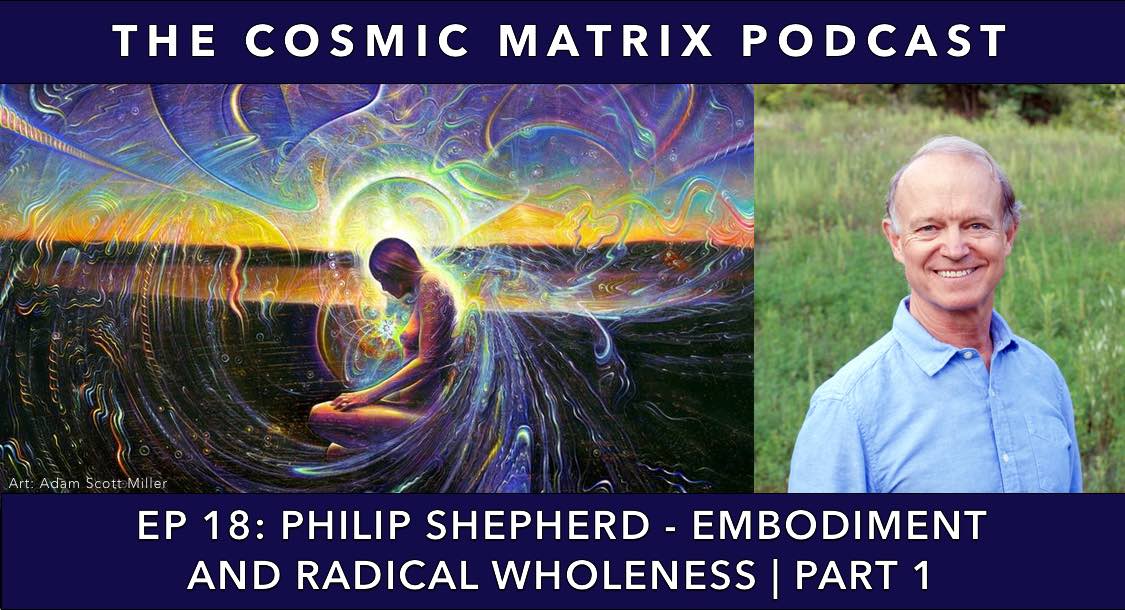 What does it mean to be embodied? Bernhard Guenther talks to Philip Shepherd, author of New Self New World and Radical Wholeness. Philip talks about his experiences and teachings around embodiment, how our modern world reflects the disembodied state of humanity, the necessity to fuse the inner male and female, reconnecting to the felt-sense of the body, the pelvic bowl as the seat of feminine Being, the connection between anxiety and control from a Matrix perspective, the self-absorption of modern culture and much more. In the second hour, we dive deeper into the topic of trauma and embodiment, the distortions of embodiment, transhumanism and disembodiment, the insanity of our modern world, the interrelationship between God, being, and embodiment and much more.

Philip Shepherd is recognized as an international authority on embodiment. His unique techniques have been developed to transform our disconnected experience of self and world, and are based on the vision articulated in his celebrated books, New Self, New World (2010) and Radical Wholeness (Nov 2017).  He developed the practices of TEPP (The Embodied Present Process) to help people reunite the thinking of the head with the deep, present and calm intelligence of the body. Unlike the prevailing view of embodiment – which involves sitting in the head and ‘listening to your body’ – Philip’s approach helps you listen to the world through the body.

Philip’s personal path to understanding has been shaped by his adventures as a teenager, when he cycled alone through Europe, the Middle East, India, and Japan; by his deep commitment to and studies of bodywork; by his experiences as an actor, playing lead roles on stages in London, New York, Chicago and Toronto; and by the burning desire for freedom that has illuminated his entire life.  He currently spends his time divided between teaching international workshops, running Facilitators Trainings, and participating in a documentary about his work. Philip is available for private coaching, weekend workshops, retreats, keynote talks, and facilitators’ trainings. His website: philipshepherd.com