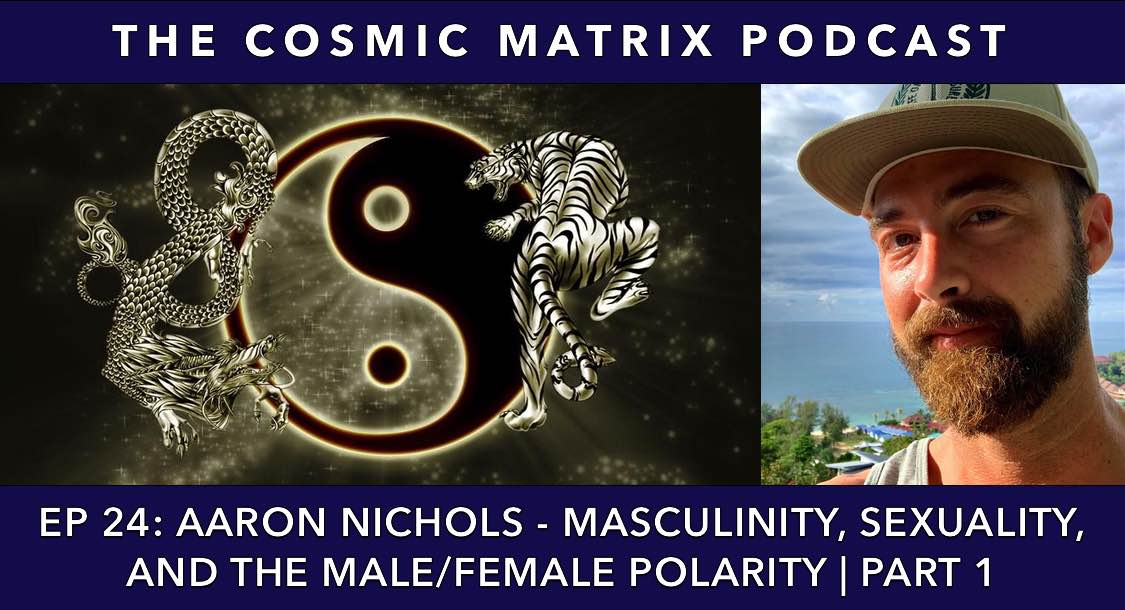 Aaron Nichols joins Bernhard Guenther on the Cosmic Matrix Podcast to talk about masculinity, sexuality and how we can harmonize the male/female polarity. They discuss how society and political correct cult-ure have distorted masculinity, the difference between healthy and toxic masculinity, the struggle and pressure of men trying to appeal to women, the nice guy and white knight syndrome, authenticity vs. inauthenticity, the masculine wound, patriarchy, feminism, their personal experiences and more. In the second part, Aaron and Bernhard discuss the importance of embodying masculine attributes, the warrior archetype, casual sex, hook-up culture and polyamory, the corruption/sexualization of Tantra, the alluring attraction of porn and fantasy from a Taoist Occult perspective, male sexuality, self-cultivation (semen retention), the importance of emotional intimacy in relationships and when engaging sexually, toxic shame vs healthy shame, how men are becoming more isolated, the importance for men to bond with each other, and much more.

After co-founding and exiting a multi-million dollar software company, Aaron Nichols has returned to his passion for supporting the world in achieving harmony between the sexual poles. He’s currently authoring an essential guide for men in relating with women, founded in ancient wisdom, common sense, and audacious authenticity, and he’s working on a metaphysical mobile application to be released this year. Aarons’s blog: https://medium.com/@macrovirtue and offering: https://www.supernature.men