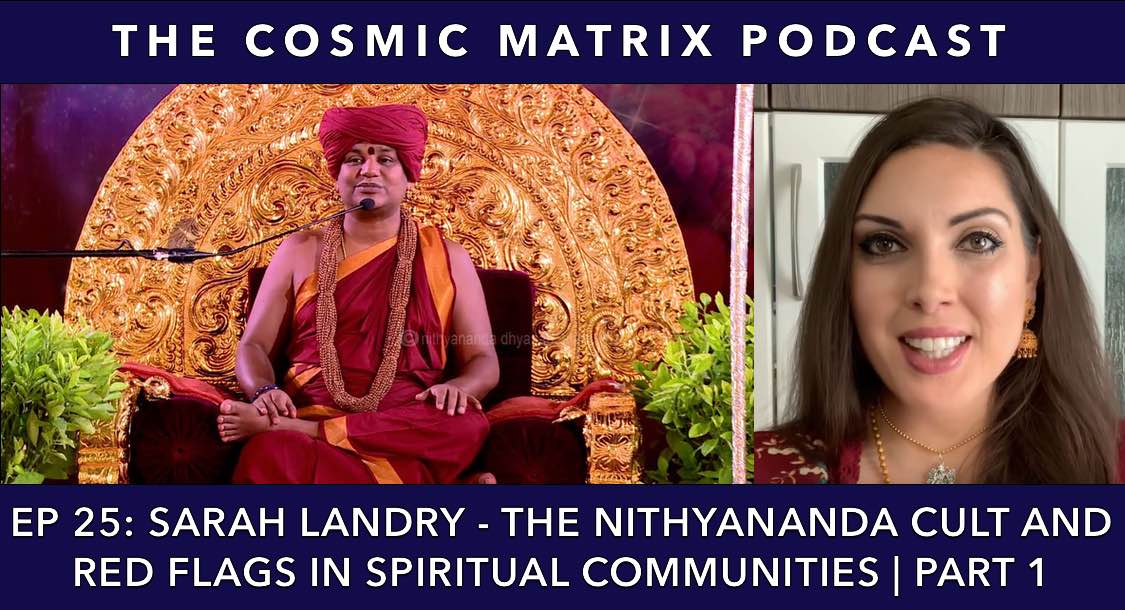 Laura Matsue speaks to Sarah Landry, an ex-member of Nithyananda’s Hindu cult, who is currently facing charges of rape and child abuse. The case about Nithyananda is extraordinary in these times of cults being exposed: not only has he fled the country to evade these charges of rape and abuse, but ex-members like Sarah are speaking out about the appalling activities that occurred in his ashram; including getting children to abuse each other, using brainwashing techniques on them, attempting to train youth to use black magick and punishing them when they did not develop siddhi’s (extrasensory abilities).

Sarah defected from the cult a couple of years ago and has since been speaking out against cult abuse on her Youtube channel. Based on her experiences in this cult she shares about what she witnessed within this cult, the mind control techniques and cult brainwashing that were used, coming to terms with her own cognitive dissonance, how to detect red flags in spiritual communities, fake gurus, the dangers of group-think, the romanticization of spirituality, guru projections, and much more.