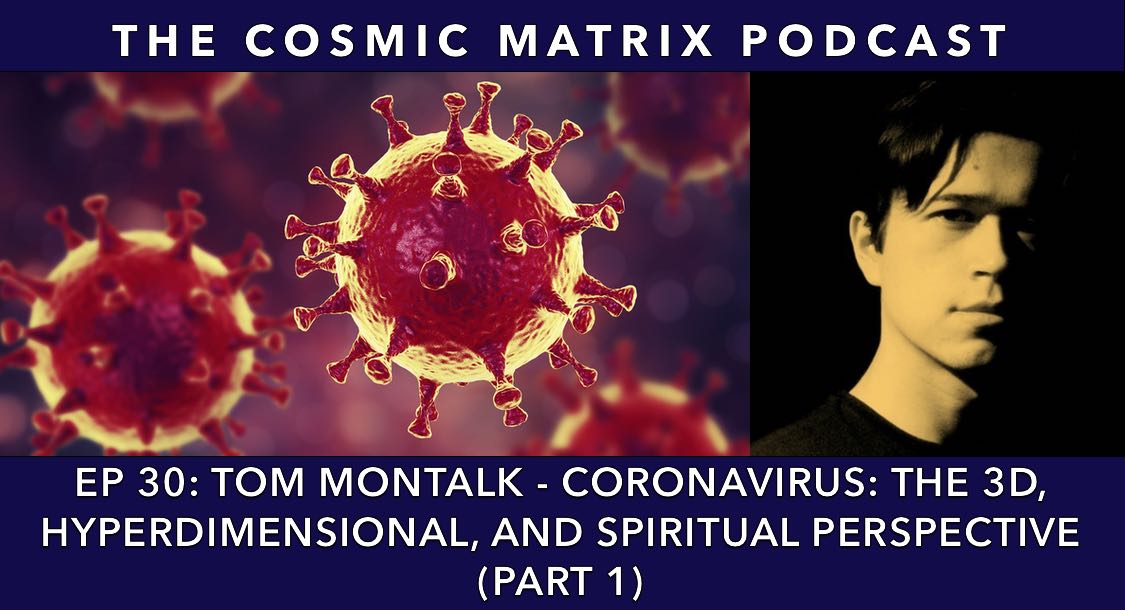 Tom Montalk returns to the Cosmic Matrix Podcast to talk with Bernhard Guenther about the current Coronavirus crisis and the possible agendas from a 3D and hyperdimensional perspective. Tom shares the premonitions that came to him via his dreams leading up to the early warnings he gave publicly about the collective impact the crisis would have. He talks about the 3D agenda behind the pandemic and weaponized virus, the blind spot of mainstream medical science, the occult/metaphysical dimension of disease, the socialist NWO agenda, transhumanism, the 4D/hyperdimensional perspective, Trump and the globalist agenda, and suggestions of what to do and coping strategies.

In the second hour, Tom and Bernhard discuss Qanon and the Q movement, the so-called “Storm” and claims about “mass arrest of the cabal”. Tom shares his research into the origin of Q and how it ties into Project Paperclip, JFK, the military-industrial complex and various fringe patriot anti-globalist movements. He talks about the positive and negative sides of Qanon, the good cop/bad cop psy-op aspect of the Q agenda, adrenochrome, celebrities, and the coronavirus, and how the 4D alien agenda/hyperdimensional matrix ties into it all. Furthermore, Tom talks about how this war is being waged through our own minds, the bigger picture of negative/positive timelines, soul resonance and reality creation, quantum entanglement, the importance of focusing on metaphysical/spiritual education, self-work, creativity, and much more.