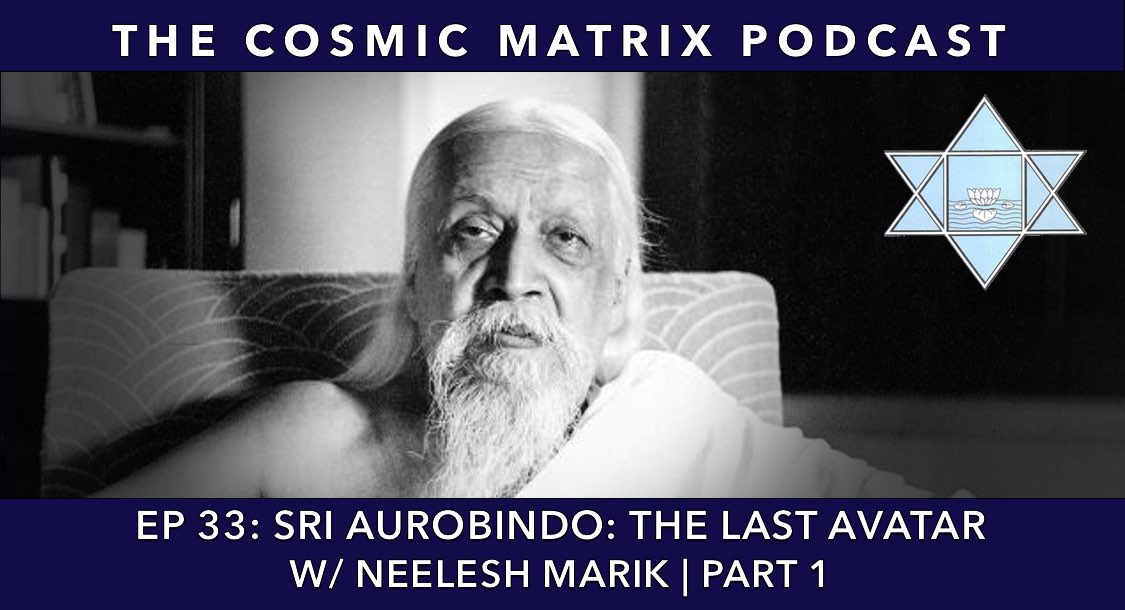 Neelesh Marik joins Bernhard Guenther to talk about Sri Aurobindo and the Integral Yoga on this episode of the Cosmic Matrix Podcast. Neelesh shares about the concept of the “avatar”, the life and different phases of Sir Aurobindo’s ascension journey, the intensifying battle of dark and light during the Kali Yuga, the different stages of spiritual evolution, the trap of the over-riding mental guard/skeptic, the animal nature and the divine nature within human beings, the resistance of humanity and the refusal to rise to become “spiritualized”, the gnostic being of the future, and more.

In the second hour, Neelesh shares the key principles of Integral Yoga, the process of Involution and Evolution, the emergence of the psychic being within, the difference and interrelationship between Soul (Purusha) and Nature (Prakriti), and the necessity to establish the inner witness. Furthermore, Neelesh talks about the difference between rejection and suppression/repression, Sri Aurobindo’s concept of “aspiration, rejection, & surrender”, the difference between the forces of nature, the occult adverse forces, and the occult hostile forces and how they show up in our lives and in the collective (along with their teaching function), the concept of the warrior from the Integral Yoga perspective during this time of upheaval, spiritual activism, and much more.