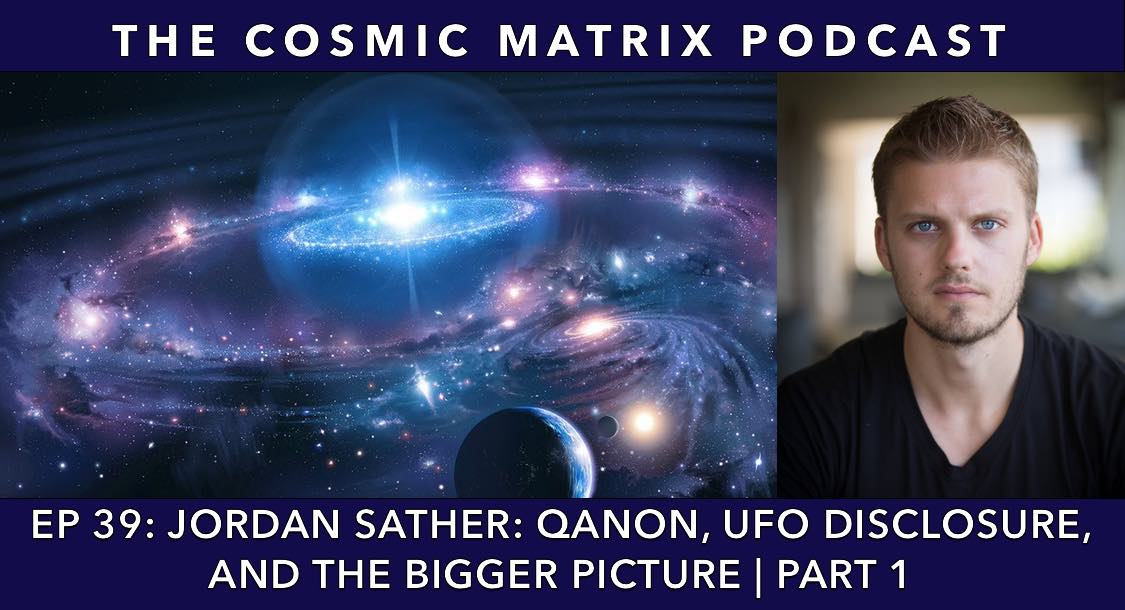 Scroll down for the video version.

Jordan Sather joins Bernhard Guenther on the Cosmic Matrix Podcast to talk about his in-depth research being one of the first Qanon researchers since 2017. We discuss the many misconceptions/misinterpretations of Q’s data, common false assumptions about the Qanon community, the importance of not sitting back in complacency nor waiting for any “saviors”, and the trap of getting attached to any one source in the process of seeking truth and much more.

In the second hour, Jordan talks about LARPs and COINTELPRO within the Qanon community and within the so-called truth movement. He shares his research into the UFO topic, his views on Disclosure, and his experiences speaking at various UFO conferences. We talk about disinformation within the UFO community and the MSM’s attempt to stage a soft UFO “disclosure” as a distraction from what is really going on. Jordan also talks about his personal spiritual process in light of the evolution of consciousness and the bigger picture, and much more.