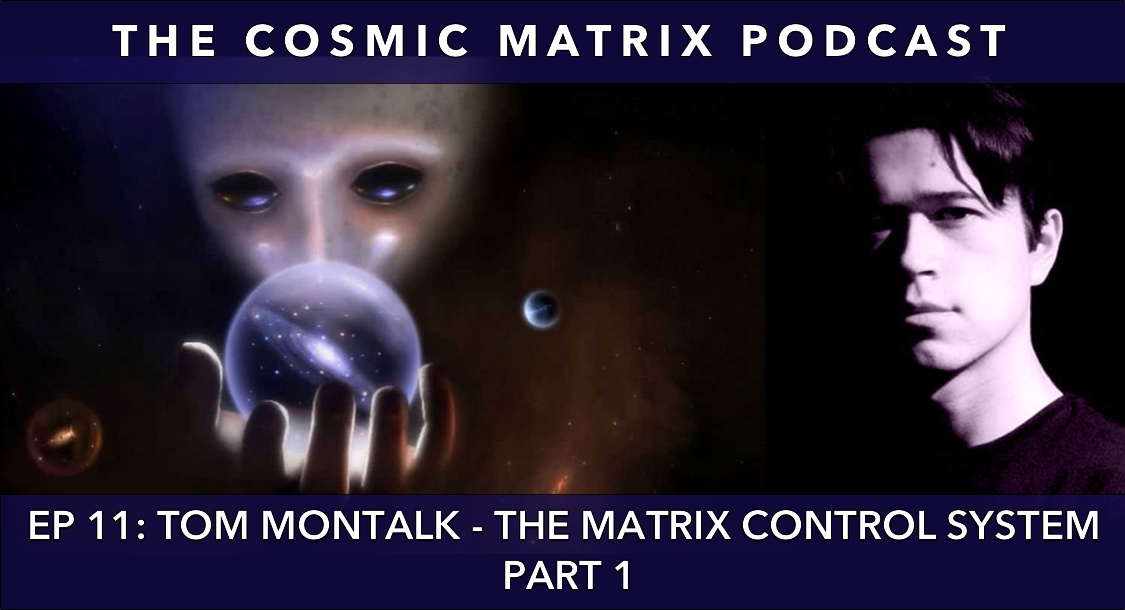 In the 11th episode of the Cosmic Matrix podcast, Bernhard talks to Tom Montalk about his research and experiences, diving deep into various occult, fringe, metaphysical, and esoteric topics. Tom shares his insights into the mechanics of the hyperdimensional matrix working through us and how humanity is being farmed for “loosh” energy by occult hostile forces, the matrix in light of current events, their end-game agenda and potential future scenarios, the timeline-reality split, and the current state of (and blind spots) of the “truth movement”. In the second part of the interview, Tom also dives deeper into UFOlogy, discerning alien disinformation, the push for disclosure, the key differences between positive and negative higher density beings, emotional management and how to deal with triggers and negative emotions/thoughtforms in light of soul evolution and entity interferences, true reality creation, what it takes to truly transcend the matrix control system and understanding its teaching function, and much more.

Tom (Montalk) is a fellow truth seeker on a quest to expose the dark and empower the light. His primary goal is to help others arm themselves with knowledge to better fulfill their evolutionary potential. After studying physics and electrical engineering for four years, he left college to pursue more independent research. His interests include spirituality, quantum and scalar physics, alienology, alchemy, gnosticism and hermeticism, forbidden history, and composing music. His website is https://montalk.net

In Part 2 (only for members – longer than part 1) we’ll be going deeper into: