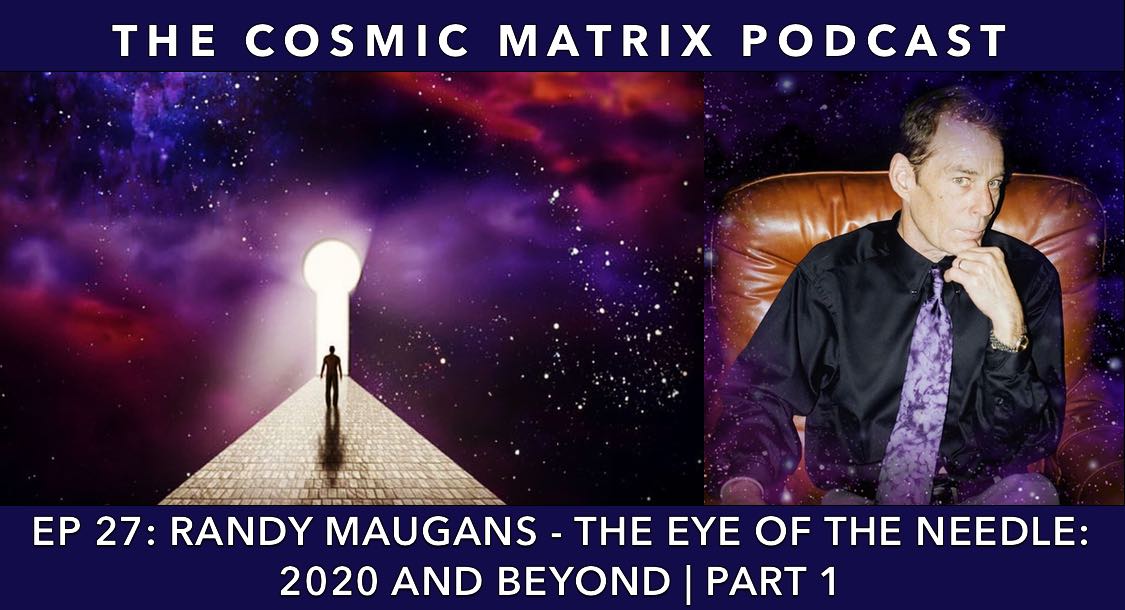 Randy Maugans joins Bernhard Guenther on this episode of the Cosmic Matrix Podcast. Randy shares his early experiences, leading him to create OffPlanet radio, his views on the truth movement, alternative media, and the rise of technology. They discuss the early days of “truth-seeking”, the external savior program, shadow projections and lack of basic psychological self-awareness on Social Media and in the “Truth Movement”, the paranoia program, the importance of Discernment, organic “inner” technology vs. A.I. and Transhumanism, and more.

In the second part, Randy talks about the meaning of the eye of the needle relating to 2020 as a window of opportunity, the timeline-reality split, the new cycle initiated by the recent Saturn-Pluto conjunction in Capricorn and the lesson of integrity. Furthermore, Randy and Bernhard talk about the importance of shadow work and taking self-responsibility; they discuss trauma and healing, the ET/ UFO/disclosure topic, the current state of UFOlogy, why more people are “losing it” and disintegrating, the trauma and the predator concept from an archonic/metaphysical perspective, and much more.

“I have spent my adult life seeking the truth about “what’s out there”, as a result of two (known) childhood “contacts” with “something” I could not explain. OffPlanet Radio (formerly “Exotica”) is the natural outgrowth of my interests in the areas of the paranormal, technology, and communications…the “future” caught up with me. The journey is physical, spiritual, emotional, and mental…we are drawn into a very human battle with forces that seem beyond our comprehension…or ARE they? “They” haven’t won, but have awakened sleeping giants who do not accept the proposition that we were thrown headlong into a malevolent universe. Humans can choose to be victims, or choose to be empowered…humans can remain blind, to their peril. We speak, we act in accord with the words of the great Master, Yeshua: “And ye shall know the truth, and the truth shall make you free.”