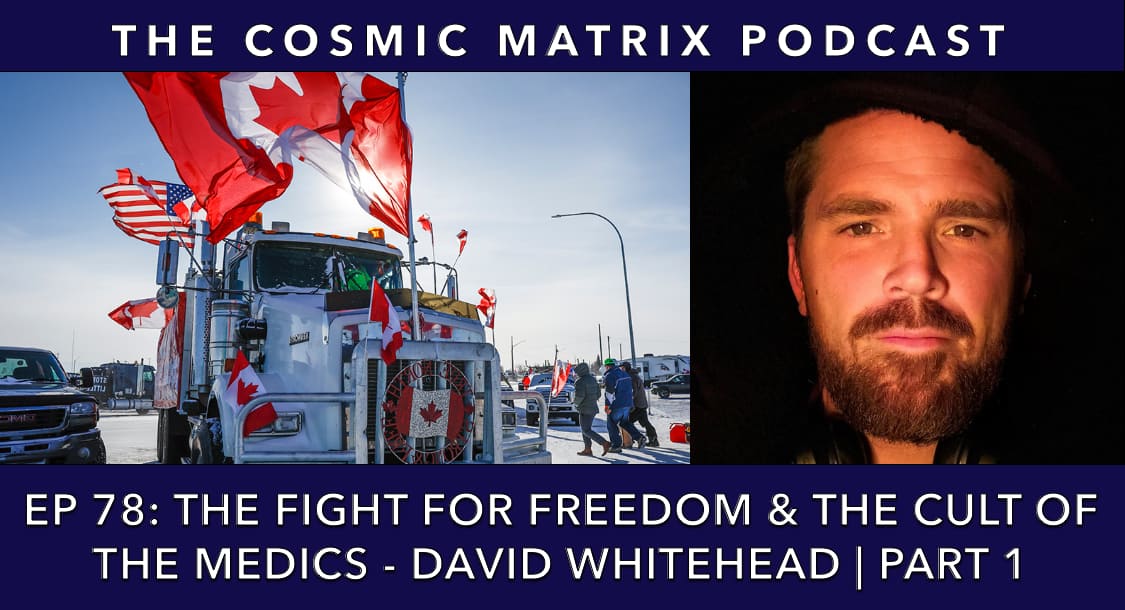 David Whitehead returns to the Cosmic Matrix Podcast to share his views on the Trucker convoy and what is really happening in Canada as opposed to what we’re being told through mainstream media outlets. We discuss the idea of controlled opposition and psy-ops, and the bigger picture of what is unfolding. David also talks about his self-produced film series “Cult of the Medics” where he lays out the true history of the medical establishment, the corruption of medical education, and social engineering, going even back to our ancient history looking into the genetic modification of humanity and the gods from the skies.

For more info about the program and to apply go here:
https://veilofreality.com/time-of-transition-embodied-soul-awakening/