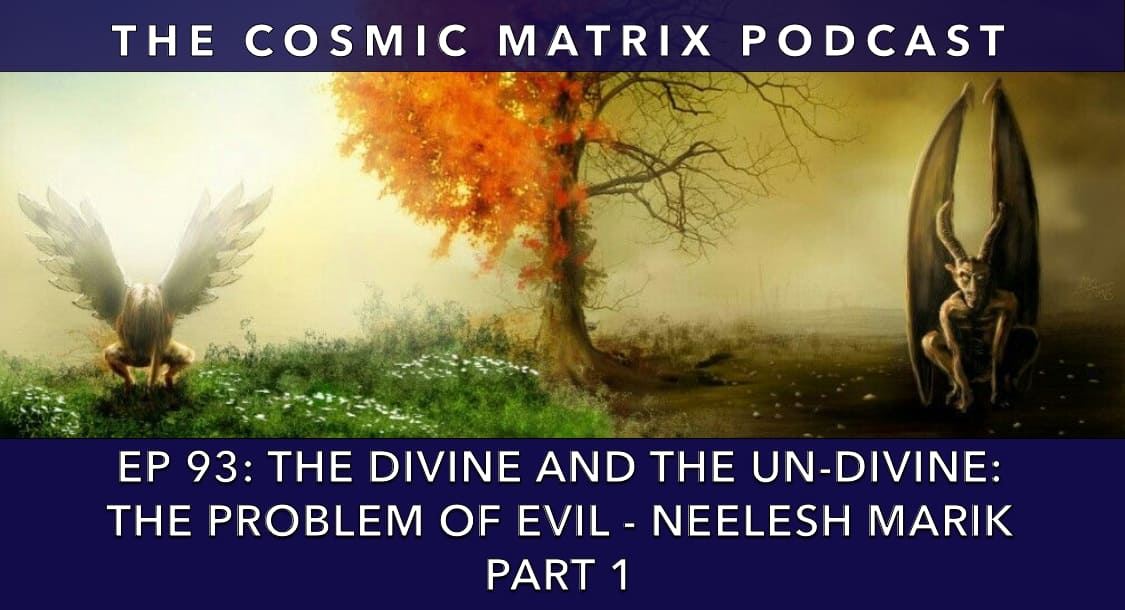 Neelesh Marik returns to the Cosmic Matrix podcast to talk with Bernhard Guenther about the ultimate riddle of the world: the problem of evil, the Divine, and the Undivine from the perspective of Sri Aurobindo’s Integral Yoga. They discuss the exoteric (outer) events in the world in light of the esoteric (inner) work, the occult domains of evil and how they manifest in the world and within us, and what needs to be done during this critical time of human history to avoid extinction. They talk about the origin of Evil, the trap of unconscious activism, the subtle distortions of Truth, the different levels of the splitting of humanity, what it takes to be a spiritual warrior, and much more.