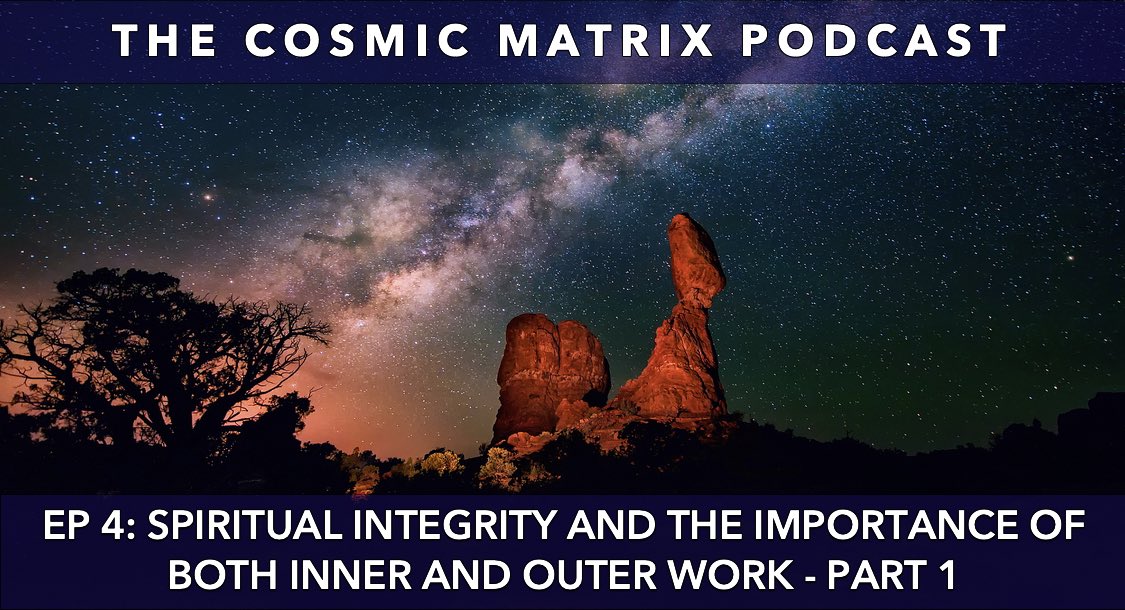 In the 4th episode of the Cosmic Matrix podcast, Laura and Bernhard discuss spiritual integrity and the importance of engaging in a balance of both inner and outer work. In spiritual communities, this imbalance shows up in a variety of ways. For example, many well-meaning “truth seekers” tend towards being overly focused on the external world while lacking a balance of sincere inner work and embodiment. On the other side of the coin, there is also the New Age trap of too much “self-work” which often results in narcissistic tendencies; whereas people are overly focused on their internal experience without understanding the world around them. This can create an overly solipsistic world view by taking a truth and distorting it into a lie in the “You Create Your Reality” scene.

Furthermore, many people who call themselves “spiritual teachers” make no effort to understand the external forces that affect us; like the matrix and how humanity and they themselves are being manipulated by forces outside of them. Despite their well-meaning intentions, through their ignorance, they end up supporting a negative agenda and often end up worshipping occult forces who disguise themselves as “positive” ones. Other topics addressed in this episode include the trap of ambition on the spiritual path and seeking fame and recognition (along with other ego temptations), the fear of speaking out, and much more.

Go HERE to listen to Part 2 if you’re a member or REGISTER to become a member to have access to membership section (including the membership forum).