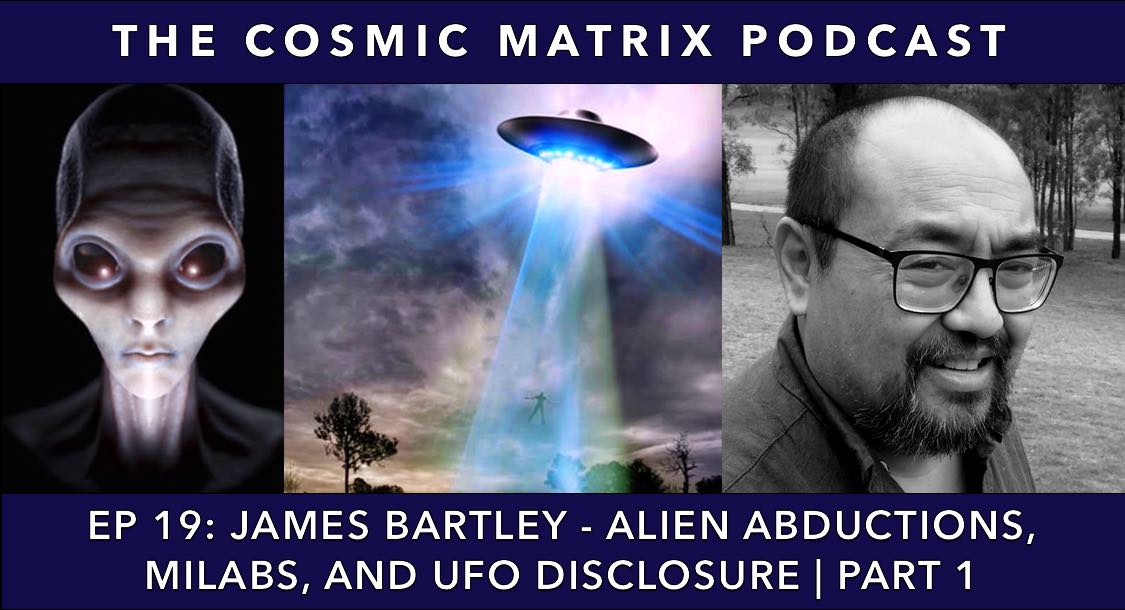 What is the truth about alien abductions, MILABs, and will be there an official “disclosure” of UFO/Alien contact happening anytime soon? Laura and Bernhard talk to veteran UFO and alien abduction researcher James Bartley to discuss this and various topics diving into this much-misunderstood topic of Greys, Reptilians, screen memories, and much more. James shares his alien encounters and abduction experiences starting in childhood, how these experiences have impacted him and inspired his research, and we discuss how to protect oneself from alien intrusion.

In the second hour, we discuss the New Age distortion of the UFO/Alien topic, fake whistleblowers, MILAB cases and Cointelpro disinformation agents in the UFO community, the popular New Age Cosmic Disclosure movement, how alien/archonic forces target ego identification of people who identify as super-soldiers/star seeds/indigos. We also discuss the possible connection between veganism and alien abductions/entity possession, the importance of inner self-work, and much more.

James Bartley has been researching Alien Abductions and the Military/Aerospace Connection to UFOs and Alien Life Forms for twenty-five years. He is a protege of legendary Alien Abduction Researcher Barbara Bartholic of Tulsa Oklahoma. James has spent a lot of time conducting field investigations in the High Desert of Southern California, Arizona, and Nevada. He specializes in research and investigations into Reptilian Aliens and Military Abductions.