Prophetic Dreams, Visions, and The Waves of Change

By Bernhard Guenther, May 26, 2020
Home / Featured2 / Prophetic Dreams, Visions, and The Waves of Change 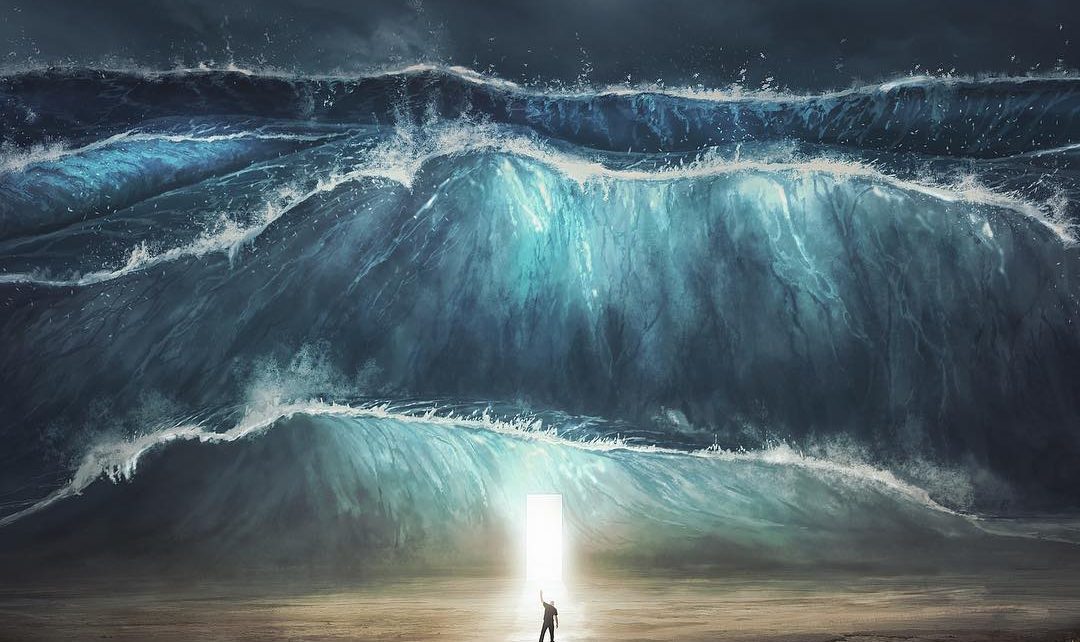 Prophetic Dreams, Visions, And The Waves Of Change

A few nights ago (around the new moon), I had two intense dreams back to back that felt very symbolic and prophetic. I’ve had dreams of tsunamis and huge waves before (as many other people do too ) but these two dreams really stuck with me. In the first dream, there was much upheaval with people in distress worldwide, lost and disconnected from each other and from themselves, living in fear; when all of a sudden, a huge tsunami and flood engulfed the whole world—destroying everything. Buildings, cities, and everything man-made were taken down by the waves and the flood. People were trying to grab onto anything so as to not be taken down. I was in the middle of it too, swimming in the rising water. No place on earth was safe from it.

Then, all of a sudden, I felt this calm energy coming over me. I knew in that instant that this destruction needed to happen to wash away everything that is not aligned with Truth (within ourselves and in the world) as the Divine Force is anchoring itself and a new world wants to be born. It felt like a much needed collective cleansing and I started to laugh in joy, completely wet and soaked with all the destruction around me. I realized it was the beginning of something beautiful and new, something that has never existed before here on Planet Earth.

Then, in another dream the next day, I found myself at a beach. There were masses of people. A huge wave was approaching. People freaked out and ran away from it. I looked at them and then at the wave and realized, no, we cannot run away from this. We need to embrace this wave. With the same sense of joy and excitement I experienced in the first dream, I ran towards the wave and jumped right into it and through it. I didn’t get tumbled under but started to ride the wave as I got pulled up.

Those dreams reminded me of a video someone posted on our Piercing the Veil of Reality forum: It’s a video of a guy sharing his prophetic vision he received from God (according to him). I got goosebumps listening to him (and you can tell he’s deeply humbled and touched by it too), especially because I’ve been using the same analogy of “riding the wave” as I’ve tried to describe what’s been unfolding for years. He talks about how, in his vision, many of us are already riding the wave and it is taking down/destroying everything that is not in alignment with Divine Will. There are several phases and consecutive waves, one hit after the other washing over the earth, each time clearing and cleansing more and pushing people UP from the undercurrent so they start riding the wave as well. In his vision, the ones already riding the wave were also helping the ones “below” —lifting them up to ride the wave together. Watch the video here:

I realize more and more that whatever is happening NEEDS to happen. It couldn’t even be any other way. Even the plandemic and dark forces’ agenda that is unfolding is being used as part of the “Divine Plan.” For even the Divine is in “evil”; as paradoxically, contradictory or illogical as it may sound for our little mind (caught in linear binary thinking) which cannot possibly comprehend what is unfolding and what the true meaning/purpose is behind these events right now; for none of us can see with the “eyes of the Divine”. So, it’s also about embracing the unknown.

But as he said, as well as what I experienced in my dreams, everyone will be “forced” to ride the wave eventually after more and more of the “old” will be destroyed and washed away—including outdated dogmatic belief systems. This is not just an external event. It’s as much an internal process; facing our own lies, wounds, traumas, attachments, and disillusionment, and allowing anything that is not in alignment with who you TRULY ARE to be washed away by the metaphorical waves of change. No one can escape or run away from what is unfolding. No place in the “old world” is safe from it. It cannot be stopped but it requires our participation. This is not an overnight process, but a whole new age that’s begun and it’s a long process in linear time. In the meantime, the ones “riding the wave” are also here to assist and help others during this Time of Transition—and that’s also the main reason why many of us chose to incarnate during this time and age.

During this intense collective process and consecutive “waves” washing over us, we may indeed experience a more apparent “Timeline-Reality Split” with people riding the wave experiencing a different reality than the one’s still holding on to the old world and who don’t resist the asuric hostile forces but go along with the “New Normal”. This split may not be that obvious for everything is still interrelated as all is ONE, however, one’s level of Being, soul embodiment, and lessons also determines what “personal reality” each of us may experience which is beyond the ego’s control but in the hands of the Divine. What I’m stating here is not to be mistaken for the distorted and oversimplified New Age version of “Reality Creation.”

Q always says, “Trust the plan!” There is a plan indeed, and we all have our individual roles to play in it but I’d say, trust the Divine Plan; which also requires us to show up and surrender and ride the wave. This is nothing passive, like waiting for something to happen or someone to save us—quite the opposite: we must learn to embody the spiritual warrior and participate in conscious action during these times of change, upheaval, collective “waves”, and “tsunamis”…in service of the Divine. The “Great Awakening” is a perilous path, indeed. It requires both, conscious action and sincere self-work to align with the occurring changes and Divine Will. Any external fixation of gathering information alone or just waiting for some “event” will drain you and tire you, stuck in anxiety, getting trapped in the mind. It can also get you trapped in blame/victim consciousness and disconnected from your own power as a sovereign divine being and inner guidance that is specific to YOU.

As I wrote in my previous article:  This alchemical transformation will also give birth to new opportunities, quantum leaps in creativity, and true abundance (beyond just materially) but it must be rooted in these concepts of integrity and sincerity as this is, in general, a lesson for Capricorn on an evolutionary level; and a big overall lesson of the Saturn-Pluto Conjunction in Capricorn that we saw occurring in the sign back in January. We must rebuild the world upon a spiritual foundation and hold true aspiration grounded in our bodies, as these vessels become spiritualized as conscious transducers of the Divine Force. During this process we may find there is no escape anymore; old coping mechanisms no longer work like they used to, as there is no place in the world is “safe” from what is happening. Ultimately, the body has to become our “safe space”, and if we spiritualize matter via the body, the body can be a source of true strength and refuge.

There is something “bigger” happening which we need to (or will be forced to) align ourselves with so that we can ride the wave without getting tumbled under. The mind is the trickster, as always, getting caught up in mental analysis paralysis. But if we open ourselves to God/Divine/Supreme/Spirit with sincere aspiration, we connect to our true Self/Being and consciously receive messages (or even visions) and guidance in alignment with Divine Will as the Supreme speaks through the cracks between the thoughts of the egoic monkey mind and acts *through* us. This is not an easy process, for the resistance of the anti-divine forces is strong, but it is what we signed up for. It reminds me once again of what Sri Aurobindo said:

“Behind this petty instrumental action of the human will there is something vast and powerful and eternal that oversees the trend of the inclination and presses on the turn of the will. There is a total Truth in Nature greater than our individual choice. This apparently self-acting mechanism of Nature conceals an immanent divine Will that compels and guides it and shapes its purposes. But you cannot feel or know that Will while you are shut up in your narrow cell of personality, blinded and chained to your viewpoint of the ego and its desires.

For you can wholly respond to it only when you are impersonalized [embodied] by knowledge and widened to see all things in the self and in God and the self and God in all things. The state of ignorance in which you believe that you are the doer of your acts persists so long as it is necessary for your development; but as soon as you are capable of passing into a higher condition, you begin to see that you are an instrument of the one consciousness; you take a step upward and you rise to a higher conscious level.”

Nothing can stop what is unfolding. Embrace the mystery and ride the wave! 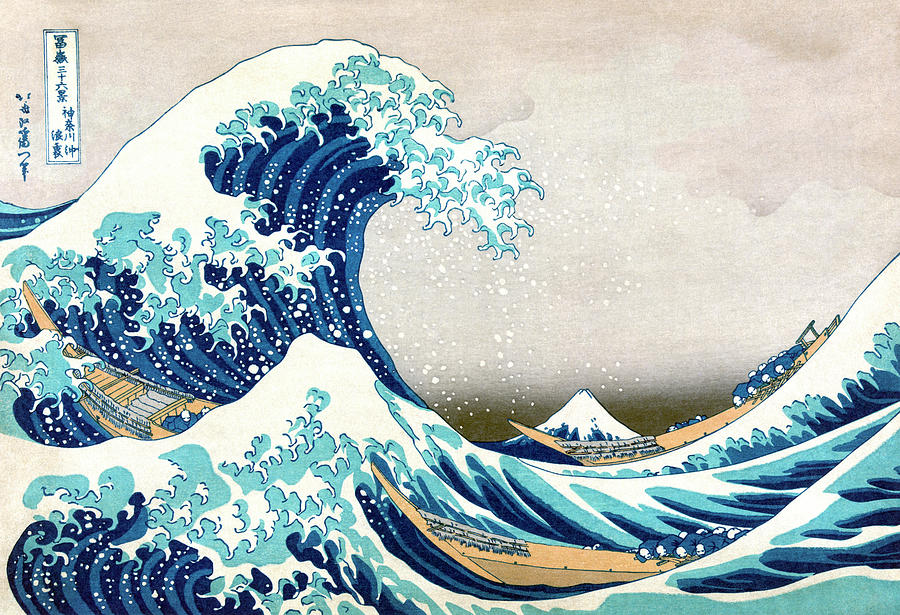 On a side note, our recent podcast episode “The Warrior Archetype, Divine Grace, and the Plutonian Process” was censored on youtube. I recorded a short video about it:

You can listen to the censored episode here: